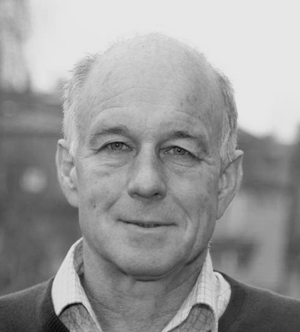 Klaus Armingeon was born in Stuttgart, Baden-Württemberg, Germany in 1954. He is a citizen of the European Union, the Federal Republic of Germany, and Switzerland. In Tübingen (Germany) Armingeon studied Political Science, Educational Science, and Contemporary- and Eastern European History. He holds a master’s degree in Political Science and Eastern European History. As a graduate student, Armingeon worked as a research assistant for Prof. Gerhard Lehmbruch at the University of Konstanz where he wrote his doctoral thesis on comparative income policies (1980-1982). Before his completing his habilitation (supervised by Prof. Manfred Schmidt) in Heidelberg (1987-1993), Armingeon worked as a research assistant for Prof. Peter Flora in Mannheim (1983-1987). He has received offers for professorships from the universities of Magdeburg, Bern, and Cologne. He has been affiliated with the University of Bern since 1993. He was a guest professor at Duke University (Durham, NC, USA) and at the Karl-Franzen University in Innsbruck. Klaus Armingeon was the first foreigner to be appointed as president of the Swiss Political Science Association (1999-2002). He was the editor of the Swiss Political Science Review between 2004 and 2006 and is a member of many editorial and scientific boards in Switzerland and abroad. He is a former member of the executive board of the European Consortium for Political Research (ECPR), responsible for the ‘Research’ and ‘Europe’ (2006-2012). In 2010 he received the Nannerl O. Keohane Distinguished Visiting Professorship at Duke/UNC Chapel Hill. In 2013 he was offered the Fernadel Braudel Fellowship at the European University Institute for Spring 2015 (declined) and a fellowship at the ‘Collegio Carlo Alberto’ at the University of Torino for Fall 2014 (accepted).

Klaus Armingeon’s research is primarily focused on economic and social policies as well as the comparative study of parties, associations, and interest groups. He is also interested in the analysis of the structures and policies of the European Union. One main focus of his research has been the great recession since 2007. Which social and economic policies do governments pursue when faced with crisis conditions? How do nation states and EU institutions interact? Why are sovereign debt crises developing in Southern European countries and which political options do their governments have? How successful are austerity and liberalisation policies? Did the recession provide an impetus to reform the welfare state? How has the crisis impacted democracy at the national and the European level? Has the recession led to altered distributions of political power and coalitions within the nation state?