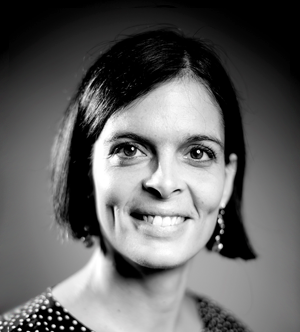 Isabelle Stadelmann-Steffen was born in 1979 in Burgdorf, Switzerland. From 1999 to 2003 she studied political science and economics at the Universities of Bern and Geneva. In 2007, she completed her PhD under the supervision of Prof. Dr. Wolf Linder with the doctoral thesis “Policies, Women, and the Labor Market. Women’s Employment in Switzerland: An International and Inter-Cantonal Comparison.” In 2008, she was the recipient of a scholarship from the Swiss National Science Foundation (Schweizer Nationalfonds) for her post-doctoral studies at the University Konstanz (Germany) and at the European University Institute in Florence (Italy). 2006-2007 as well as 2009-2011 she worked at the Research Center for Social Capital at the University of Konstanz, where she was involved in various research projects dealing with volunteerism. In 2013 she received her habilitation from the University of Konstanz. From July 2011 until August 2014 she was assistant professor at the Institute of Political Science at the University of Bern, where she has been associate professor for comparative politics since then.
Her main research interests concern comparative public policy (in particular welfare state, energy and education policy), inequality, direct democracy as well as political participation and attitudes. She is thereby particularly interested in interlinkages between these different perspectives. Her work has been published in journals such as European Union Politics, European Journal of Political Research, Governance, Journal of Social Policy, European Sociological Review, Political Behavior, Electoral Studies, Non-Profit and Voluntary Sector Quarterly, and Political Studies.