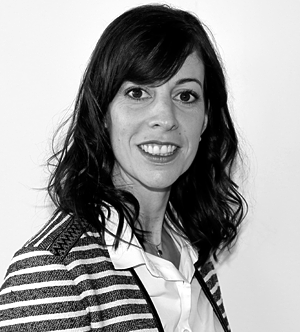 Karin Ingold is professor at the Institute of Political Science at the University of Bern since August 2011 and is also affiliated to the Oeschger Centre for Climate Change Research (OCCR). She leads the research group of Policy Analysis and Environmental Governance (PEGO) affiliated to the Institute of Political Science at the University of Bern and the Department of Environmental Social Sciences at EAWAG.
Karin Ingold is Associate Editor for Continental Europe for the Journal of Policy & Politics and in the editorial board of the Policy Studies Journal, Swiss Political Science Review, European Policy Analysis Journal, Journal of Public Policy, and Connections. In her research, she is interested in the analysis and design of policy processes and instruments. Through her PhD and recent research, she became a scholar of the Advocacy Coalition Framework and other policy process theories. Methodologically, she mainly developed her skills in the conceptual development and application of social network analysis. Since 2008, she has been a co-organizer of the International Conference on the Application of Social Network Analysis (EUSN), and since 2013 she is in the Scientific Board of the European Conference on Social Network Analysis.

Welcome to the chair of Policy Analysis and Environmental Governance (PEGO)

In August 2011, the Institute of Political Science (IPW) at the University of Bern installed the Professorship of Policy Analysis and Environmental Governance (PEGO). This Chair was founded as a result of a fruitful collaboration between the IPW and the EAWAG (the Swiss Federal Institute of Aquatic Science and Technology). Since the beginning, Karin Ingold took the lead in this new research group. She is a political scientist and focuses her research and lectures on the analysis of policy processes, and instrument design. Karin Ingold has a particular interest in issues relating to natural resource management, water, energy and climate policy. PEGO is also affiliated to the Oeschger Centre for Climate Change Research (OCCR) research. Open Topics for BA- and MA-Thesis: